The "Biscotto" (literally "biscuit") is a central concept in Italian football. It's a sum of Italian attitudes towards football institutions, honesty, fair play, and "dietrologia" (another very Italian concept, "the study of what might be hidden" -- from "dietro", behind). 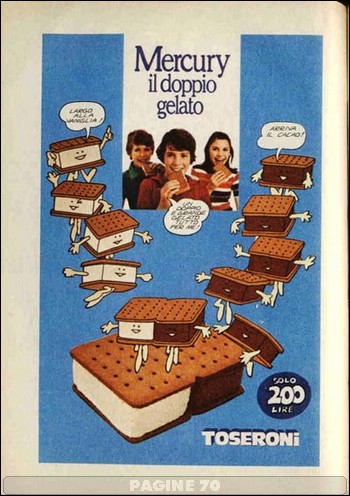 This term comes from an ice-cream brand, as you would expect from such a food-obsessed culture; specifically, an ice-cream surrounded by two biscuits. The biscuits don't touch each other, but squeeze a dollop of ice-cream between them -- exactly like two contenders who won't hit each other, but will manage to squeeze out a third party standing in their way.

For example, imagine that two teams have to play a match in a tournament, and there is only one possible result that will qualify both of them to the next phase of the competition and eliminate a third party. They could come to an agreement to make sure the "right" result comes out; this would be a classic "biscotto". Or imagine that two teams have to play at the end of the season, and one club doesn't really have anything to play for, while the other needs points to avoid being relegated (hence pushing down another team)... you get the idea. It's basically a combine where a third-party gets hurt.

The Italian football team was (or it was perceived as being) on the wrong side of an alleged "biscotto" a few times in recent history, most infamously at Euro 2004 when Denmark and Sweden produced a 2-2 draw which qualified both Scandinavian nations and kicked out the "Azzurri". If you then consider the 2002 incident (when South-Korean hosts kicked out Italy in a match plagued by a terrible referee), and a penalty awarded in the first minutes of the 2006 World Cup final (on a dive by French player Malouda), you can understand why the Italian press is currently running wild with speculation of an upcoming "biscotto" between Romania and the Netherlands. The Oranje are already mathematically certain to win their group, whereas Romania needs a victory to stay in second place and kick out France and Italy... which is a result Holland might like, considering as these two (currently troubled) teams usually transform into tough competitors for the final stages of major tournaments.

The Italian people experienced a long history of political intrigue, stretching all the way back to Imperial Rome; we tend to see daggers hidden in every dark corner, conspiracies arranged for the most worthless situations, puppeteers pulling strings in the smallest of everyday occasions. For centuries our political landscape was defined elsewhere, with Italian city-states acting as proxies for various European powers, all the way up to the Cold War. As a result, we tend to be a little too suspicious, and assign responsibilities to others that should really be ours.

If we really wanted to qualify, we should have won (or drawn) against the Netherlands, and won fair and square against Romania. Instead, our men played badly (especially in the first game), and our "lethal" strikers couldn't score even given massive amounts of chances (a defender had to step up and do it). They shouldn't have put themselves in that position in the first place. Once you get to depend on the whims of somebody who doesn't owe you anything, you can't complain about what might happen. Life is tough.

(This said, my money is on Romania to win. It's hard to kick old habits, I guess. And the actual ice-cream is fantastic, and so difficult to find in Manchester -- anybody that can send a box over here?)

A box of the originals, or their subsequent Disneyfication? It would be interesting to know how such items (to be kept at a minimum temperature) have to be sent over. But perhaps it's better to ask your parents to bring some during their next visit?

Italy can get revenge against Sweden in this tournament by taking a bite of the biscotto & squeezing them out of this group.