In the last few months, I've described how HFM 11.1.2.4 is not working in secure configurations (i.e. does not support encryption/SSL):

It looks like the recently-released patch .102 still does not fix this glaring omission. Clearly security is very low in Oracle's list of priorities (but I'm sure their cloud setups are really really secure, uh-uh...).

Anyway, in the previous posts I recommended to work around this problem by having all HFM components on one single well-firewalled box. This setup was already sub-optimal (it's a single point of failure, and of course it might not meet some workload requirements), but as I went through other items it became clear that it's even more untenable than I previously thought.

This is because 11.1.2.4 components integrating with HFM (Financial Reporting, Calculation Manager, OBIEE and so on) will talk directly to application and cluster processes, bypassing the Weblogic-based web-application. Because of the previously-mentioned bug, communication will be completely unencrypted.

This means that theoretically, if any component uses the HFM API to integrate, it would have to run on the same single box as HFM. 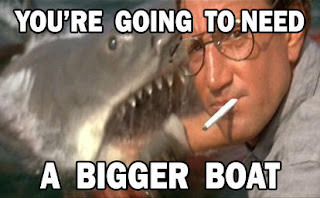 The only exceptions to this rule are:

If you feel adventurous, you can figure out why HFM does not work with SSL.